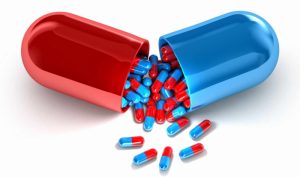 What are the medications used for?

The Medical Abortion procedure involves the drug use that terminates a pregnancy. The actual procedure itself has three phases. In the first phase, the medication stops the gestational sac development. The drug expels the non-viable fetus from the uterine cavity in the second phase. The third phase is characterized by the woman’s body rehabilitation (recovery) after the procedure.

Below we will look at the preparations used in more detail.

Mifepristone (Mifeprex, Myfegin, RU486) is a synthetic anti-gestagen that blocks the Progesterone (a pregnancy-preserving hormone) effect at the cell receptor level. When taking this medication, there is also an increase in the cells’ sensitivity in the uterus (myometrium) muscular layer to prostaglandins (e.g., Misoprostol). Therefore, medical Abortion is taken during the procedure’s first stage.

Misoprostol (Cytolog, Cytotec, Misoprost-200) is a synthetic prostaglandin. It stimulates the myometrium (the uterus muscular layer) contractions and dilates the cervix. In Medical Abortion, it is taken during the procedure’s second stage.

The dosages are based on the latest WHO (World Health Organization) recommendations. Click here for more information.