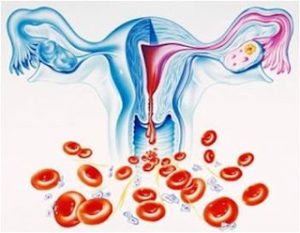 Bleeding during a Medical Abortion

The instructions state that Mifepristone is the first drug to be taken. Only a small number of women experience bleeding during the first drug treatment (usually it is a small amount).

Most women start bleeding only after taking the second drug in the series, Misoprostol (Cytotec). The discharge usually occurs within the first 1-4 hours after taking Misoprostol.

Normal discharge during a medical abortion is bloody. However, the discharge color and nature may vary from woman to woman. At first, the discharges may be scarlet (bright), with clots gradually becoming darker and thicker in consistency and eventually becoming smeary. For other women, the release is initially dark-colored with chunks, progressively decreasing the volume to none.

There is no strict rule regarding the bleeding duration during a medical abortion; it is all very individual. However, it is believed that the heavy bleeding duration should not exceed the menstruation average duration in this woman, i.e., on average, about 3-5 days. After that, the bleeding will gradually stop within 7 to 10 days. In rare cases, the discharge will continue until the next menstruation (period beginning).

The bleeding volume is directly proportional to the gestational age: the longer the period, the greater the volume.

A heavy discharge is when you need to change more than two pads with the highest absorption class within 1 hour and lasts for more than 2 hours. If this occurs, you should urgently consult a gynecologist. However, such heavy bleeding endangering the woman’s health and life during a medical abortion is infrequent.

The discharge of a critical feature is the gradually decreasing volume.

A gynecologist should be consulted to prevent more severe complications in both cases.

In all cases, a pelvic ultrasound (USG) should be obtained 10-14 days after the onset of bleeding to confirm the abortion’s success reliably.