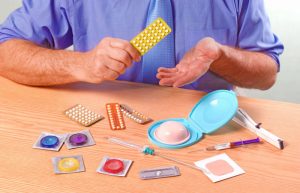 Methods of contraception after medical abortion

Since many women resume sexual activity soon after an uncomplicated abortion, and fertility is restored as early as ten days after an induced abortion in the first trimester of pregnancy, patients should be offered effective contraceptive methods that they can start using immediately after the abortion. There is evidence in the literature supporting the use of modern methods of contraception after uncomplicated abortion, but the use of contraception after medical abortion is an understudied area.

The following recommendations for the use of various methods of contraception after medical abortion (combination of drugs Mifepristone + Misoprostol) are based on the results of available clinical studies, practical experience and scientific writings of experts in the field, and, where appropriate, based on evidence-based data on their use after other types of abortion.

IUD can be inserted after the completion of medical abortion (i.e., after the expulsion of the membranes), including up to 48 hours after the removal.

The clinical efficacy of medical abortion is confirmed by ultrasonography, a test for the beta subunit of human chorionic gonadotropin (hCG), or by a gynecological (bimanual) examination of the woman in combination with her report of the volume of blood loss; confirmation methods may vary depending on clinical manifestations or recommendations of the health care system. If insertion of an IUD is delayed (for example, if insertion is planned at a return visit in 3 weeks), the doctor should suggest that the woman use a temporary method of contraception (for example, barrier or hormonal methods of contraception) if she plans to have sexual intercourse during this period.

Barrier methods such as condoms, diaphragms, and cervical caps; and spermicides, including foam, jellies, tablets, or films, may be used when sexual activity is resumed.

Female voluntary surgical sterilization can be performed after the woman makes an independent, free, informed choice in favor of using this permanent (irreversible) method of contraception.

Natural methods of family planning, such as the calendar method and the method based on the regulation of fertility,

– are unreliable and therefore should not be used until a regular menstrual cycle is restored.

If it is recommended or planned to postpone the use of the chosen method, another method of family planning (for example, condoms) should be used. Also, after a medical abortion, women should be aware that:

Where possible, women can receive emergency contraceptive pills or a prescription for them if they need them in the future, with detailed information on their correct use.

Recommendations for each method of contraception after medical abortion (MTP)

Initiation of use after MTP: Contraceptive vaginal ring – the next day after taking Misoprostol, or, in case of heavy bleeding, after 2-3 days. The rest of the methods – on the day of taking Misoprostol (Cytotec).

Note. If you start using this method five days or later after taking Misoprostol:

• Barrier methods are required during this time and within one week of hormonal contraception, OR

• Another hormonal method should be used until the chosen method is provided (e.g., use oral contraceptives until the method chosen by a medical worker is provided).

IUD can be: Levonorgestrel containing [LNG] or copper-containing [Cu].

Initiation of use after MTP: After complete expulsion of the membranes and confirmation of the completion of medical abortion.

Note. Clinical experience shows that insertion of an IUD immediately after medical abortion is thriving even in the presence of endometrial thickening (study ongoing). If the introduction of the IUD is delayed, it is necessary to use barrier or hormonal contraceptives during this period.

Start of use after MTP: When sexual activity resumes.

Note. Barrier methods can also be used when the application of any form is delayed.

Initiation of use after MTP: After the woman makes an independent, free, informed choice.

5. Natural methods of family planning and the calendar method

Start of use after MTP: After restoring a regular menstrual cycle.

Note. Until restoring a regular menstrual cycle, it is advised to use barrier methods or abstain from sexual activity.