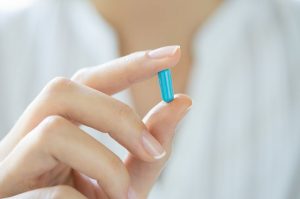 Up to the 20th century 80s, there were very few choices among abortion methods, and the question “How to terminate a pregnancy?” was almost universally understood as a single answer – “abortion” or “purge,” as it was commonly referred to. Pregnancy termination, an effective and safe method as Medical abortion (it is often called by the people “abortion pills”), was then still the limit of gynecologists’ dreams.

In the 1990s, new technology was introduced into obstetric practice – manual vacuum aspiration (MVA), the so-called “mini-abortion”. Since then, women have had a choice between a surgical abortion (a procedure that traumatises the uterus inside) and a modern, relatively safe technique – vacuum-aspiration (used if the gestational age allows a ‘Mini Abortion’).

Around the same time, medical abortion (MTP), which means that women do not have to undergo the uterine cavity any instrumental manipulation, was being developed and introduced into medical practice in Western Europe. Due to successful scientific research by French scientists, highly effective medical abortion has been made possible that led to the anti-gestagen RU486 (Mifepristone) synthesis. Read more about this discovery history here.

Medical abortion is pregnancy a voluntary termination, achieved through medication use. Wikipedia article about medical abortion.

The pill abortion method has rapidly gained popularity, not only in Europe but also in the United States. In France, Mifepristone home, for example, women over 80 per cent have used the method.

More than 250 million women worldwide have used the abortion pill with Mifepristone and Misoprostol. Thus, there is clinical experience a tremendous amount with the anti-gestagen + prostaglandin combination use that is very effective (93-95%) and safe (<7% for complications and side effects).

And you can have a medical abortion by using our products and recommendations. It is to be mentioned that the efficiency with our high-quality products is higher than the declared values and severe side effects are almost non-existent.

An abortion clinical course occurs in two phases [not to be confused with the drug administration stages (first stage and second stage)]:

During the first phase, the unborn egg expulsion from the uterine cavity occurs, and during the second phase, the body recovers from the treatment. Let’s look at each step in more detail.

This phase in medical abortion is characterized by the conception gestational sac or products released by the medications administered. The stage usually begins with cramping-like pain in the lower abdomen followed by bloody discharge. In some cases, bleeding occurs before the pain, or the pain may not be felt subjectively. This is the MTP ordinary course. Read more about pain in MTP and Bleeding in MTP.

The expulsion phase ends with the fetus expulsion and its membranes (products of conception) from the uterine cavity. This is usually accompanied by pain reduction or cessation, and the bleeding volume is significantly reduced.

The phase duration is very individual and varies from 2-3 hours to 5-7 days. It usually lasts for 2-3 days.

Mifepristone is taken first, which interrupts the fetus’s development. In most cases, the woman feels nothing after taking the first medicine. This is normal.

After 36-48 hours, the second drug, Misoprostol, is taken, which causes uterine contractions, leading to the fetus expulsion from the uterine cavity. Note that the above symptoms (pain and bleeding) appear in 85% of cases only after taking Misoprostol.

Below we will look at each medicine’s effects separately.

Mifepristone’s primary effect is to block progesterone at the receptor level in the uterus. Progesterone is the primary hormone in a woman’s body that keeps the pregnancy alive and makes the pregnancy develop.

When progesterone is blocked, myometrium (the uterus muscular layer) contractile activity is stimulated, uterine tone increases, and sensitivity to prostaglandins is activated (the second drug in the complex, Misoprostol, is just a prostaglandin). Taking Mifepristone and pregnancy stopping the development’ its action also increases the uterus sensitivity to the second drug, Misoprostol.

Misoprostol is the so-called PGE prostaglandins representative and has affected a number. The main effect that is useful in medical abortion is to induce the cervix uterine smooth muscles and dilation contraction, which completes the abortion by the fetal egg expulsion from the uterine cavity.

The phase is characterized by all organs and systems working to return to the state before pregnancy. Uncomplicated medical abortion does not require rehabilitation or special restorative treatment.

How long can I have a medical abortion? Obstetric and true gestational age

The subsection describes a critical point for abortions’ all types: how long can a woman terminate a pregnancy by various methods (and for non-surgical abortion, in particular), and what is for termination pregnancy maximum period for medical (social) reasons? How is the gestational age calculated, and how does the obstetric term differ from the true one? Read the answers to these questions you can in maximal term for abortion. Obstetrical and gestational pregnancy age.

Pharmaceutical abortion, like any other procedure (medical intervention), has its contraindications, which every woman should read before the operation (Contraindications for MTP).

What is prohibited during and after a medical abortion procedure?

You often have many questions: What can and can’t be done during a medication abortion? Can I drink alcohol and smoke with MTP? Is sex prohibited during a medical abortion? What painkillers can I take for MTP? You can find answers to these and many other questions in What is prohibited in MTP.

MTP is by far the terminate a pregnancy safest method, but it does not stop being an abortion. Therefore, this method is possible complications not wholly devoid.

What should I expect and fear from a medical abortion? What is the MTP an unfavorable outcome frequency and probability? What should be done in each case? You can find answers to these questions in Possible complications of MTP.

Bleeding during a medical abortion and its duration

What is the discharge (monthly) nature after taking Misoprostol? Discharge started after Mifepristone – is this normal? How long do the selections last? What is the allocations volume? Smearing discharge lasts more than a week – is this normal? You can find answers to these and many other questions in Bleeding in MTP.

Pain during a medical abortion, their nature, and duration

What pain kind usually occurs during a medical abortion? How bad is the pain? What should I do if the pain is very severe? When should the pain appear? How long does the pain last typically? These issues are covered Pain in MTP and Pain relief in MTP

The subsection provides the following information: what is considered normal body temperature after a medical abortion. How long a normal temperature can last. What to do if the temperature rises (Temperature in MTP).

When should menstruation appear after a medical abortion? What to do if menstruation is delayed. You can find answers to these and other questions in Mensis after MTP.

Pregnancy after a medical abortion, after what time you can get pregnant

What is the medical abortion’s impact on subsequent pregnancies? You can find information about when there is a new pregnancy risk and when it is optimal to plan pregnancy (Pregnancy after MTP).

Mammary gland (breast) after MTP. How does abortion affect breast-feeding

How do changes occur in the breast (mammary gland) during pregnancy and abortion? What are the possible complications and dangers after an abortion? What should nurse mothers do? How long after medical abortion can breastfeeding be resumed? You can find the answers to these questionsin Breast and MTP.

What should I do after a medical abortion procedure? What research needs to be done? How do I ensure that everything went well and there were no complications? The answers to these questions are given in Examination after MTP.

Sex after a medical abortion

Is sex prohibited during and after a medical abortion? What are the restrictions on sex, and when can I resume sexual activity? Sex and MTP.

Is contraception necessary after an abortion? What are the contraception best methods to use, and when should I start? All the using birth control devices nuances can be found in Contraception after medical abortion.

What should I do if I have an incomplete abortion (if the pregnancy persists)?

From what pregnancy week is the term considered late? What should I do if I need to terminate my pregnancy later? Late pregnancy abortion.

Abortion in the first pregnancy

You can buy abortion pills for the best QUALITY pregnancy termination in our online pharmacy. Each of our clients is consulted by a professional gynaecologist throughout the procedure.