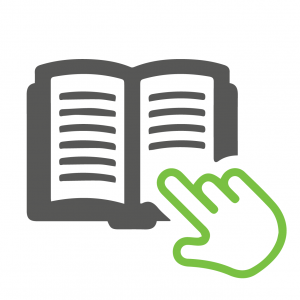 These instructions are provided for informational purposes only and in no way to promote or encourage performing a medical abortion on your own!

Attention! A consultation with a gynecologist is required before taking medication!

All dosages in our MTP (Medical Termination of Pregnancy) complex are in accordance with the latest WHO recommendations (link to the official recommendations of the World Health Organization for safe abortion).

For the first stage: Mifepristone – 200mg

For the second stage: Misoprostol – 400mcg

Please note that the indicated dosages are relevant only for our products from the world’s leading manufacturers, the quality of which we guarantee!

The procedure for taking drugs consists of two stages.

Before the procedure, it is necessary to do an ultrasound of the pelvic organs to determine the gestational age and the location of the fetal egg (excluding the possibility of ectopic pregnancy).

To start the medical abortion procedure, the patient must take 200 mg of Mifepristone orally with water (at least 150 ml).

In most cases, after taking the first drug (Mifepristone), a woman subjectively does not feel anything. THIS IS NORMAL! The main effect begins in the second stage – after taking Misoprostol.

And only in some cases minor spotting and aching pains in the lower abdomen can begin. This is also normal but much rarer.

Mifepristone is a progesterone blocker (this is the primary hormone that maintains pregnancy). The main effect of the drug in medical abortion is to stop the development of pregnancy. Mifepristone also significantly increases the sensitivity of uterine cells to prostaglandins (for example, to Misoprostol).

After 36-48 hours from the moment of taking Mifepristone, it is necessary to take the second drug from the complex – Misoprostol (Cytotec) in the following dosage: 4 tablets of 200 mcg.

There are three ways to take Misoprostol:

The effectiveness is the same for all methods, but we strongly recommend that you dissolve one tablet under the tongue first, and the second one after 40-60 minutes. This significantly reduces the likelihood of vomiting, and the duration of the effect increases.

Misoprostol, combined with the action of Mifepristone, stimulates the contractile activity of the uterus, which leads to cramping pains in the lower abdomen, as well as the appearance (much more often) or an increase (if it appeared during the first stage) of bleeding. With these processes, the ovum is separated from the walls of the uterus and excreted through the genital tract.

After taking the medication

Usually, spotting is observed over the next 3-5 days (usually a little more abundant than during menstruation). The average duration of spotting (with decreasing intensity) is 12-14 days.

After 10-14 days from the onset of bloody discharge, it is necessary to conduct a control ultrasound examination of the pelvic organs. Minor spotting should not be a reason to delay an ultrasound.

Brief overview of the possible complications of medical abortion. Solutions

While using Mifepristone and Misoprostol, the following symptoms may be observed:

Usually, these symptoms are mild and disappear without medical intervention.

If vomiting occurs within one hour after taking Mifepristone, then the medication should be taken again at the same dosage. If Misoprostol was administered correctly (dissolved under the tongue), then vomiting does not affect the effect of Misoprostol and the repeated administration of the drug will not be required.

If the patient has a pronounced early pregnancy toxicosis (vomiting of pregnant women), then before using the complex for medical abortion, it is necessary to inject 2.0 ml of Cerucal intramuscularly, 30 minutes after that eat some food (a small amount), and then take the drug.

Pain during medical abortion can have varying intensity and depends on the duration of pregnancy (pain increases with increased gestational period), as well as on the individual pain threshold. Usually, the pain is tolerable and does not require additional interventions. According to women, the pain is somewhat stronger than during menstruation.

Pain usually disappears after 1-3 days, after the release of the fetal egg. To eliminate severe pain, it is allowed to use antispasmodics, for example: No-spa. It may be taken from very begining of procedure.

It should be noted that from non-steroidal anti-inflammatory drugs (NSAIDs) Ibuprofen can be used and is recommended. Read more about Pain during MTP.

The amount of bloody discharge in most cases slightly exceeds the usual amount of menstrual blood loss; moreover, the longer the gestational period, the more significant the volume. If the pregnancy does not exceed 10 weeks of gestational age, then despite the possible abundant bleeding, there is no need for additional treatment. Read more about Bleeding during MA.

If this complication is detected, then vacuum aspiration is necessary to remove the remnants of the fetal egg. Read more about Incomplete Abortion.

Details on all possible complications.

Medical termination of pregnancy completely eliminates mechanical damage to the uterus, but does not exclude the development of possible functional disorders as a result of hormonal stress. To prevent the development of such a pathology, all patients who have undergone medical abortion are recommended to take monophasic combined oral contraceptives (for example, Regulon) for two menstrual cycles. It is advised to start taking contraceptives from the fifth day from the onset of menstrual-like discharge during medical abortion.

This page describes the use of Mifepristone and Misoprostol (Cytotec) for medical abortion (MTP) in early pregnancy.