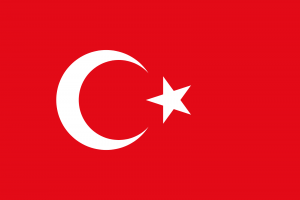 1. The purpose of this Law shall be to regulate the principles of population planning, pregnancy termination and sterilization procedures, cases where emergency interventions are permitted, and the acquisition, production, and procedures for approval of contraceptive drugs and devices.

5. Provided there are no medical contraindications, the uterus may be evacuated until the end of the 10th week of pregnancy.

If the gestation period is longer than 10 weeks, the uterus may be evacuated only if the pregnancy represents, or will constitute, a danger to the mother’s life, or if the child to be born or its offspring will be damaged, this being confirmed in writing, on the basis of objective findings, by a specialist in obstetrics and gynaecology and a specialist in a related field.

In a situation whre failure to intervene immediately will result in danger either to life or to one of the vital organs, a physician making an assessment to this effect shall evacuate the uterus. However, in such cases, the physician who has terminated the pregnancy must inform the Directorate of Health and
Welfare in provincial centres, and Government physicians in local towns, of the name and address of the woman, the intervention procedure, and the justification for the intervention; such information must be provided either prior to the intervention, or, if this is not possible, within 24 hours following the intervention.

Regulations to be prepared shall indicate the conditions that constitute emergency situations; the format and content of the notification form; the format for the consent forms to be used by persons requesting evacuation of the uterus or sterilization, and instructions on how to fill in these forms; the places where such operations ca be performed; the conditions to be fulfilled by such places as regards health and other aspects; and matters regarding the inspection and supervision of such places.

6. The intervention referred to in Section 5 shall be contingent upon the permission of the pregnant woman; in the case of minors, it shall be contingent on permission by a parent; in the case of persons under legal guardianship, either because they are minors or because they are mentally incompetent, it shall be contingent on the consent of the minor and the legal guardian, as well as the permission of a justice of the peace. Permission to evacuate the uterus shall, however, not be required in the case of a pregnant woman unable to make a conscious decision on account of mental incompetence. Where a person whose consent is required under the provisions of the second paragraph of Section 4 or the first paragraph of Section
5 is married, the consent of the spouse shall be required in order to evacuate the uterus or for sterilization.

The requirement of obtaining permission from a parent or from a justice of the peace may be waived if there could be danger to life or to a vital organ unless urgent action is taken.

Art. 1. The aim of these regulations is to set forth: in what circumstances urgent action in evacuating the womb is indicated, the form and nature of the intervention to be performed, the form of the permission application which will be required of those having a womb evacuation and sterilization, the mode of filling it out, the places in which the womb evacuation and sterilization can be performed, the sanitary conditions that those places must meet and other conditions of the bases of observation and inspection of such places.

Art. 2. Used in these regulations

b) The term womb evacuation means the ending of a pregnancy.

c) The term sterilization means, in women, tying the tubes, in men, vasectomy.

Womb evacuation in pregnancies not advanced beyond the 10th week:

Art. 3. A womb evacuation can be performed on request, up to the 10th week, on condition that there is no medical objection from the standpoint of the woman’s health.

Womb evacuations are performed by gynecologists and obstetricians. Womb evacuations and menstrual regulation procedures may be performed only by general practitioners who have studied in institutions opened by the Ministry and who have a license to practice and under the control and observation of gynecologists and obstetricians by the menstrual regulation method.

The necessary conditions for places in which womb evacuations may be performed on a pregnancy not more advanced than 10 weeks:

Art. 4. In a pregnancy not advanced beyond the 10th week, womb evacuation is to be done:

a) In places where the specializations of gynecology and obstetrics are practiced.

b) In official medical institutions, by the menstrual regulation procedure by practicing doctors.

In cases requiring anesthetic, this may be done in a official medical institution or in private hospitals where this is performed.

In pregnancies not advanced beyond the 10th week–in official medical installations, private hospitals or consultation rooms of gynecologists or obstetricians which must have the equipment and apparatus mentioned in list number 1 appended to these regulations.

In pregnancies advanced beyond the 10th week:

Art. 5. On women whose pregnancy has lasted more than 10 weeks womb evacuation may not be performed.

With regard to women in this case, womb evacuation can be performed by a gynecologist or obstetrician only on women having one of the illnesses listed in appendix
2 to these regulations. The presence of the illness must be stated in the required report which will be prepared by a gynecologist or obstetrician together with a doctor with expertise in these branches and must be based on definite clinical and laboratory findings.

The places in which womb evacuation is performed after the 10th week of a pregnancy and the conditions which must be met by such places are:

Art. 6. In a pregnancy advanced beyond the 10th week, a womb evacuation can be performed in official medical institutions with beds or in private hospitals.

In these places the equipment, apparatus and personnel mentioned in appendix 3 to these regulations must be present.

Art. 7. In urgent cases where there is no immediate intervention there is a threat to the life of the woman or one of the vital organs, a womb evacuation may be performed.

In this situation, a womb evacuation is performed by gynecological and obstetric specialists.

a) even if the cervical internal aperture is closed if there is vaginal bleeding to an extent to pose a threat to the woman’s life.

b) cases in which the cervical aperture is open.

c) in cases where part of the fetus in the uterus has descended, where bleeding continues and there is a danger of infection.

Places in which womb evacuation will be performed in urgent cases and the obligation to report:

Art. 9. In urgent cases womb evacuation is performed in official medical institutions with beds or private hospitals. Only if it is not possible to move the woman to one of these may the operation be performed where the patient is, in such places as at home or in a consultation room.

Art. 13. A pregnant woman whose pregnancy has not gone beyond the 10th week must submit a permission form, a specimen of which is appended to these regulation:

a) If she is of age, from herself.

b) If she is a minor then from herself and a responsible adult.

c) If she is ward and is neither of age nor capable of discernment then from herself and her guardian (in this case, in addition permission must also be obtained from a small claims judge).

d) If she is married, from her spouse.

The performance of sterilization operations on married persons is contingent on receipt of a permission form also from the spouse.

Cases in which a permission form is not required:

Art. 14. In the case of pregnant woman who is not lucid by reason of mental illness, her own permission is not necessary for a womb evacuation.

In urgent cases if it is shown that obtaining permission from a guardian or small claims court would take time and that if there was no immediate intervention there would be danger to life or vital organs, the condition that permission be received does not obtain.

Method of getting a permission form:

Art. 15. Permission forms will be given for signature to those persons mentioned in article 13 at the time they apply for womb evacuation or sterilization. In a case in which the spouse or guardian has not accompanied the applicant the appropriate written and signed document will indicate their having given consent to sterilization or womb evacuation. The person who brings this document must sign an appropriate document to the effect that this person accepts legal responsibility for the identity of the signers.

Art. 16. Except for those connected with the Ministry of National Defense, the places in which womb evacuations and sterilization operations are performed, official or private institutions, consultation rooms of legally authorized persons and medical institutions, are to be under the observation and inspection of the Ministry which is authorized and charged with their direction.

Art. 17. These regulations which were prepared on the basis of the 5th article of the Law on Family Planning,
No.
2827, dated 5/24/1983 and which were examined by the Council of State, go into effect on the day of its publication in the Official Gazette.

Art. 18. The Council of Ministers is to enforce these regulations.

[List #1: The equipment and apparatus which must be present in official medical institutions, private hospitals and consultation rooms of gynecological and obstetrical specialists in which womb evacuations in pregnancies not advanced beyond the 10th week are performed.

List #2: Illnesses and conditions dangerous for the child or threatening the life or a vital organ of the woman, necessitating a womb evacuation in a pregnancy advanced beyond the 10th week.

List #3: Equipment, apparatus and personnel which must be present in places where womb evacuations are performed after the 10th week.

List #4: The necessary conditions, equipment, apparatus and personnel which must be present in places in which female sterilization operations are performed:

List #5: The equipment and apparatus which must be present in places in which male sterilization operations are performed:

DECLARATION OF THE DOCTOR ON DUTY BEFORE INTERVENTION

DECLARATION OF THE DOCTOR ON DUTY BEFORE INTERVENTION

DECISION OF THE COUNCIL OF MINISTER].