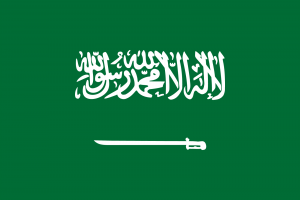 SAUDI ARABIA. Rules of implementation for Regulations of the practice of medicine and dentistry: Ministerial Resolution No. 218/17/L of 26 June 1989 of the Ministry of Health. (80 p.)

A physician is prohibited to perform an abortion of a pregnant woman unless an abortion is deemed the only course of action that is apt to save her life. Nevertheless, a physician may perform an abortion if the pregnancy is less than four months old and it is proven beyond doubt that continued pregnancy gravely endangers the mother’s health provided such facts are supported by a resolution of a medical committee that is formed in accordance with conditions and stipulations specified by the rules of implementation of these regulations.

(1) Pregnancy in any of its stages may not be aborted except when legally (according to Islamic laws) justified and within very narrow limitations.

(2) In the first forty days of pregnancy, and if abortion is deemed necessary to accomplish a legal benefit or to prevent an expected harm, abortion may be allowed. However, abortion is not allowed during this state for fear of hardship in child upbringing or inability to secure cost of living, education or future or if the parents decide that they have enough children.

(3) Abortion in the embryo stage is not allowed unless an approved medical committee decides that continuation of pregnancy endangers the mother’s safety and could possibly lead to her death. In such cases, abortion shall be allowed if all means to eliminate the danger are exhausted to no avail.

(4) After the third stage where pregnancy is over four months, abortion is not allowed unless and until a panel of approved specialists diagnose that continuation of pregnancy will cause the mother’s death and all means to eliminate the danger are exhausted to no avail.

Abortion is allowed under these conditions to avoid the gravest of two dangers and to accomplish the better of two benefits.

24.2.L. The Director of a hospital that has a maternity section shall form a committee of not less than three consultant (or specialist) members, one of whom shall be a consultant (or specialist) in the discipline that covers the illness that prompted recommendation to terminate the pregnancy. This committee shall prepare a report showing the type of confirmed hazard that threatens the mother’s health in case of continued pregnancy and this report shall be signed by all committee members and approved by the hospital director.

If abortion is recommended, the circumstances shall be explained to the patient, her husband or her guardian and their written consent shall be obtained in accordance with Form (9)-Page (41).