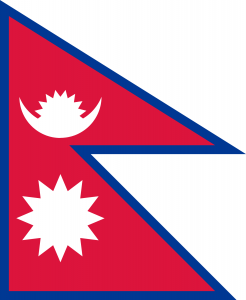 9.  Amendment in the Law on Murder
Contained in the Principal Law.

In the Law on Homicide contained in the principal law,

28.  In case any person aborts a pregnancy, or takes any action with the intention of causing such abortion, or with full knowledge or in spite of a reason to believe that any such action may cause such abortion, and the abortion actually occurs while taking such action, he/she shall be punished as follows:

Imprisonment for a term not exceeding one year if the pregnancy was less than 12 weeks old.

Imprisonment for a term not exceeding three years if the pregnancy was not more than 25 weeks old.

Imprisonment for a term not exceeding 5 years if the pregnancy was more than 25 weeks old.

28A.  No person shall force or persuade a pregnant woman through intimidation, threat, enticement or allurement to abort her pregnancy, or take or cause to take any action which can lead to identification of the sex of the fetus with the objective of aborting it.
Any person who is guilty of such abortion or identification of the sex of the fetus, and those who cause them to do so, shall be sentenced to imprisonment for a term ranging between three months and six months.  Persons who are guilty of abortion or instigation to abort pregnancy on the basis of the sex shall be imprisoned for one more year.

28B.  Notwithstanding anything contained in Section 28 of this Law, in case abortion has been done in the following circumstances by a licensed health practitioner who has acquired the prescribed qualifications according to the procedure prescribed by HMG, this shall not be considered to be an abortion under this law:

In case not more than 12 weeks pregnancy is aborted with the consent of the pregnant woman.

In case not more than 18 weeks pregnancy which has resulted from a rape or incest is aborted with the consent of the pregnant woman.