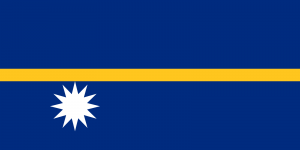 Any person who, with intent to procure the miscarriage of a woman, whether she is or is not with child, unlawfully administers to her or causes her to take any poison or other noxious thing, or uses any force of any kind, or uses any other means whatever, is guilty of a crime, and is liable to imprisonment for 14 years.

Any woman who, with intent to procure her own miscarriage, whether she is or is not with child, unlawfully administers to herself any poison or other noxious thing, or uses any force of any kind, or uses any other means whatever, or permits any such thing or means to be administered or used to her, is guilty of a crime, and is liable to imprisonment for 7 years.

Any person who unlawfully supplies to or procures for any person anything whatever, knowing that it is intended to be unlawfully used to procure the miscarriage of a woman, whether she is or is not with child, is guilty of a misdemeanour, and is liable to imprisonment for 3 years.

A person is not criminally responsible for performing in good faith and with reasonable care and skill a surgical operation upon any person for the patient’s benefit, or upon an unborn child for the preservation of the mother’s life, if the performance of the operation is reasonable, having regard to the patient’s state at the time and to all circumstances of the case.

292. When a child becomes a human being

294. Death by acts done at childbirth

When a child dies in consequence of an act done or omitted to be done by any person before or during its birth, the person who did or omitted to do such act is deemed to have killed the child.

(1) Any person who, when a female is about to be delivered of a child, prevents the child from being born alive by any act or omission of such a nature that, if the child had been born alive and had then died, the person would be deemed to have unlawfully killed the child, is guilty of a crime, and is liable to imprisonment for life.

(2) Any person who unlawfully assaults a female pregnant with a child and destroys the life of, or does grievous bodily harm to, or transmits a serious disease to, the child before its birth, commits a crime.

NOTE: Under Queensland case law the above provisions have been interpreted to allow the performance of a legal abortion if a medical practitioner has an honest belief on reasonable grounds that the abortion is necessary to preserve the woman from a serious danger to her life or physical or mental health not being merely the normal dangers of pregnancy and childbirth which the continuance of pregnancy would entail and, in the circumstances, it is not out of proportion to the danger to be averted.