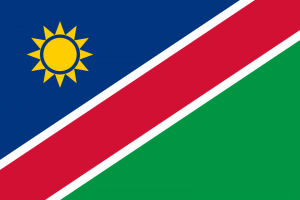 2. No person shall procure an abortion otherwise than in accordance with the provisions of this Act.

3. (1) Abortion may be procured by a medical practitioner only, and then only–

(c) where there exists a serious risk that the child to be born will suffer from a physical or mental defect of such a nature that he will be irreparably seriously handicapped, and two other medical practitioners have certified in writing that, in their opinion, there exists, on scientific grounds, such a risk; or

(d) where the fetus is alleged to have been conceived in consequence of unlawful carnal intercourse, and two other medical practitioners have certified in writing after such interrogation of the woman concerned as they or any of them have considered necessary, that in their opinion the pregnancy is due to the alleged unlawful intercourse; or

(e) where the fetus has been conceived in consequence of illegitimate carnal intercourse, and two other medical pratictioners have certified in writing that the woman concerned is due to a permanent mental handicap or defect unable to comprehend the consequential implications of or bear the parental responsibility for the fruit of coitus.

(2) (a) A medical practitioner who has issued a certificate referred to in subsection (1) shall in no way participate in or assist with the abortion in question, and such a certificate, or such certificates issued for the same purpose, shall not be valid if issued by members of the same partnership or by persons in the employ of the same employer.

(b) The provisions of paragraph (a) shall not apply to the performance by any person of his functions in the service of the State.

(5) (1) an abortion may be procured and a sterilization contemplated in section 4 may be performed only at a State-controlled institution or an institution designated in writing for the purpose by the Minister in terms of subsection (2).

(2) The Minister may designate any institution for the purposes of subsection (1), and subject to such conditions and requirements as he may consider necessary or expedient for achieving the objects of this Act, and may, if in his opinion it is justified, at any time withdraw any such designation.

(3) A decision of the Minister in terms of subsection (2) shall be final.

(2) An application for authority in terms of subsection (1) shall be made in the prescribed form by the medical practitioner who is to procure the abortion in question or perform the sterilization in question, and shall be accompanied–

(a) in the case of an intended abortion–

(i) in the circumstances contemplated in subsection (4), by the certificate referred to in that subsection;

(ii) by the certificate or certificates referred to in section 3 issued by two medical practitioners;

(4) Where the pregnancy is alleged to be the result of unlawful carnal intercourse, the abortion shall not be procured unless there is produced to the medical practitioner whose written authority is required in terms of subsection
(1) a certificate, issued by a magistrate of the district in which the offence in question is alleged to have been committed, to the effect that–

(a) he has satisfied himself–

(ii) after an examination of any relevant documents submitted to him by the Police and after such interrogation of the woman concerned or any other person as he may consider necessary, that, on a balance of probability, unlawful carnal intercourse with the woman concerned had taken place;

(iii) in the case of alleged incest, the woman concerned is within the prohibited degree related to the person with whom she is alleged to have committed incest; and

(7) (1) A medical practitioner who under section 6(1) grants authority for an abortion or a sterilization, shall, in the prescribed manner and within the presribed period after the abortion or sterilization, by registered post report confidentially to the Director-General the granting of such authority and set forth–

(a) the name, age, marital state, race and, in the case of a sterilization, the sex of the patient concerned;

(b) the place where and the date on which the abortion was procured or the sterilization was performed, and, in the case of an abortion, the reasons therefor;

(c) the names and qualifications of the medical practitioners and the name of the magistrate who issued the certificate or certificates in terms of section 3, 4 or 6, as the case may be;

(d) the name of the medical practitioner who procured the abortion or performed the sterilization;

(e) where the consent of any person other than the patient was required for the abortion or the sterilization, the name of the person who consented thereto, and the capacity in which he granted his consent.

(3)  The person in charge of an institution where an operation connected with an abortion or the removal of the residue of a pregnancy is performed, shall keep or cause to be kept a record of the prescribed particulars in respect of any such operation in that institution, and shall–

(a) when called upon to do so, make such records available, for inspection, to the Director-general or a person authorized thereto by him in writing; and

(b)  transmit to the Director-general at the time prescribed the prescribed information with reference to any such opinion.

(a) who is not a medical practitioner and procures an abortion;

(b) who is a medical  practitioner and–

(i) procures an abortion without an appropriate certificate or certificates issued by two medical practitioners in terms of section 3(1)(a), (b), (c), (d) or (e); or

(ii) procures an abortion or performs a sterilization–

(bb) without appropriate written authority referred to in section 6(1);

(c) who performs a sterilization in contravention of section 4;

(e) who grants any written authority referred to in section 6(1) without being in possession of an appropriate certificate referred to in section 6(4), shall be guilty of an offence and liable on conviction to a fine not exceeding five thousand rand or to imprisonment for a period not exceeding five years or to both such fine and such imprisonment.

(a) who grants a written authority contemplated in section 6(1) on an application which does not substantially comply with the requirements of an application as prescribed;

(c) who fails to furnish the additional information required of him under section 7(2);

(d) who fails to comply with any provision of this Act not mentioned in this section,