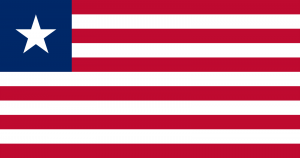 (1) Unjustified abortion. A person who purposely and unjustifiably terminates the pregnancy of another otherwise than by a live birth commits felony of the third degree, or, where the pregnancy has continued beyond the twenty-fourth week, a felony of the second degree.

(2) Justifiable abortion. A licensed physician is justified in terminating a pregnancy if he believes there is substantial risk that continuance of the pregnancy would gravely impair the physical or mental health of the mother or that the child would be born with grave physical or mental defect, or that the pregnancy resulted from rape, incest, or other felonious intercourse. An illicit intercourse with a girl below the age of sixteen shall be deemed felonious for purpose of this paragraph.

(3) Physicians’ certificates; presumption from non-compliance. No abortion shall be performed unless two physicians, one of whom may be the person performing the abortion, shall have certified in writing the circumstances which they believe to justify the abortion. Such certificates shall be submitted before the abortion (a) to the hospital where it is to be performed, or if the abortion is not to be performed in a hospital, to the Minister of Health, and (b) in the case of abortion following felonious intercourse, to the County Attorney or the police. Failure to comply with any of the requirements of this paragraph gives rise to a presumption that the abortion was unjustified.

(5) Pretended abortion. A person commits a felony of the third degree, if representing that it is his purpose to perform an abortion, he does an act adapted to cause abortion in a pregnant woman although the woman is in fact not pregnant, or the actor does not believe she is. A person charged with unjustified abortion under paragraph (1) or an attempt to commit that offense may be convicted thereof upon proof of conduct prohibited by this paragraph.

(6) Section inapplicable to prevention of pregnancy.  Nothing in this section shall be deemed applicable to the prescription, administration, or distribution of drugs or other substances for avoiding pregnancy, whether by preventing implantation of a fertilized ovum or by any other method that operates before, at, or immediately after fertilization.