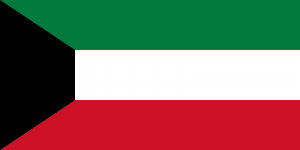 Article 174. (1)
Whoever performs an abortion on a pregnant woman, whether with or without her consent, by administering or allowing to be administered a pharmaceutical product or other harmful substance or by applying force or other means and thereby causes an abortion shall be punished with up to ten years’ imprisonment; a fine of up to 10,000 rupees may also be imposed.

(2) When the person who causes an abortion in the above described manner is a physician, apothecary, or midwife, the punishment shall amount to up to fifteen years’ imprisonment; a fine of up to 15,000 rupees may also be imposed.

Article 175. Whoever performs an abortion on a woman shall not be punished if he has the necessary skills and believes in good faith that the act is necessary to save the life of the pregnant woman.

Article 176. A pregnant woman who, with the intention of performing an abortion, takes a pharmaceutical product or other harmful substance or applies force or any other means and thereby causes an abortion or allows another person to perform an abortion on her in the above described manner, shall be punished with up to five years’ imprisonment and/or with a fine of up to 5,000 rupees.

Article 177. Whoever produces, sells, offers, or has at his disposal substances that he knows by their nature will be used to bring about an abortion shall be punished with up to three years’ imprisonment and/or a fine of up to 1,000 rupees. In this context Article 175 is to be observed.

Article 12. A physician may perform an abortion on a woman only to save her life.

However, when the pregnancy is of less than four months’ duration, an abortion is allowed in the following two cases:

1. If the continuance of the pregnancy causes serious harm to health.

2. If it is established that the fetus would be born with a serious physical or mental injury, that it cannot be expected that the injury is curable, and both spouses agree to the abortion.

Except in emergency situations, the abortion must be carried out in a state hospital on the basis of a decision of a commission of three medical specialists, of whom at least one must be a specialist for gynecology and obstetrics.

The Ministry of Health shall regulate through an ordinance the requirements that the members of the above named physician commission must meet and the measures for the performance of the operation that must be carried out.

Section 1. Under Section 12 of Law No. 25 of 1981, abortions may be performed only in public hospitals in accordance with the following conditions and procedures:

(1) If the patient is not already at the public hospital having a gynaecology and obstetrics department nearest her usual residence, she shall be referred to it. She shall bring with her a detailed report of her case and the reasons why she is requesting an abortion. The report shall be signed by her attending physician, whose specialty shall specifically include the disease which constitutes the reason for requesting the abortion.

(2) When the patient is admitted to the hospital, her case shall be submitted forthwith to a medical committee composed of three specialists under the chairmanship of a specialist in gynaecology and obstetrics having a rank not lower than departmental head. One of the two other members of the committee, who may be a man or a woman, shall be a specialist in gynaecology and obstetrics and his specialty shall include the disease which constitutes the reason for applying for the abortion.

In all cases, the chairman and members of the committee shall be of the Islamic faith. The committee may summon the physician who referred the patient and hear his views on the measures which he considers necessary. The committee may also consult other specialists if it thinks fit.

(3) The members of the committee shall ensure that the provisions of the Law are observed, if it is established that the child to be born will suffer from a grave and incurable physical or mental deficiency.

(4) The decision of the committee to authorize the abortion shall be taken unanimously.

(5) The director of the hospital, or his deputy if the director is absent, shall be notified before the abortion is carried out.

(6) The committee shall draw up, and all members shall sign, a detailed report on the case and the reasons why she requested it, or failed to request, an abortion; the opinions of the physicians consulted shall be appended to the report. The report, a copy of which shall be provided for the director of the hospital, shall be retained in the patient’s file.

(7) The abortion may be performed in a private hospital which is approved by the Ministry of
Public
Health and which includes a department of gynaecology and obstetrics if the operation is a matter of such urgency that the patient cannot be transferred to the nearest public hospital without endangering her life.

The chairman and members of the committee shall be of the
Islamic faith. Their decision to authorize the abortion shall be taken unanimously.

(8) In order to perform the abortion, the consent of the patient and of her husband, or of any person standing in loco parentis in the absence of the latter, shall be obtained.

(9) The director of the hospital shall inform the Secretary of the Ministry of Public
Health, as a matter of urgency, by a letter marked “private,” of all abortions performed in the hospital.

Section 2. The foregoing procedure does not apply to cases of inevitable, incomplete, septic, or retarded abortions or to cases of extrauterine or ovarian pregnancies.

Section 3. In every hospital which has a gynaecological and obstetrical department, such departments shall keep a register in which abortions carried out in the hospital shall be recorded, giving the hour and date of the operation, the medical grounds, and the names of the members of the medical committee which granted authorization.

Section 4. This Decree shall be communicated to all persons concerned with its enforcement; it shall enter into force on the date of its publication in the Official Gazette.