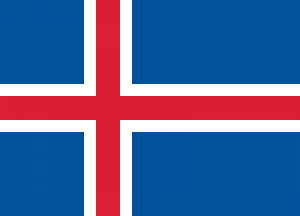 Article 8. An abortion according to this statute is a medical operation performed in order to terminate a woman’s pregnancy, before the fetus is capable of surviving.

Article 9. An abortion is permissible:

When there is reason to believe that pregnancy and the advent of a child will be too difficult for the woman and her close family for social reasons beyond their control. Under such circumstances the following factors shall be considered:

a) Whether the woman has given birth to many children at short intervals and whether a short time has passed since her last childbirth.

b) Whether the woman endures a difficult domestic situation because of a large family or because of serious bad health of others in the household.

c) When the woman cannot because of her youth or because of lack of mental development take care of the child in a satisfactory manner.

d) Other reasons if they are fully comparable with those mentioned above.

a) When there is reason to believe that the physical or mental health of the woman is endangered by continued pregnancy or childbirth.

b) When there is reason to believe that a child, carried by a woman, is in danger of being born deformed or with a serious disease as a result of hereditary tendencies or harmful influences during the pregnancy.

c) When a physical or mental disease seriously reduces the ability of a woman or a man to care for and bring up a child.

3. If a woman has been raped or of she has become pregnant as a result of other criminal activity.

Article 10. An abortion shall be performed as early as possible and preferably before the end of the 12th week of pregnancy.

An abortion shall never be performed after the 16th week of the pregnancy, unless unmistakable medical reasons exist and the life and health of the woman are grossly endangered by continued pregnancy or childbirth. An abortion shall also be permissible after 16 weeks, if the chances for deformity, hereditary defects or damage to the fetus are great.

Such exemptions can only be determined by a written authorization of a committee established under Article 28.

Article 11. Two physicians or a physician and a social worker, if only social reasons are involved (the latter must be working in the health district concerned) must have produced a written reasoned statement before an abortion may take place. One of the physicians should be a specialist in gynecology or in general surgery at the hospital where the operation takes place, the other, as a rule, the physician or the social worker who has advised the woman to go to a hospital for this purpose.

Where it is considered necessary, the specialist concerned shall be guided by the report of a psychiatrist if mental illnesses are involved.

Article 12. The woman who applies for the operation must, before an abortion may take place, have been informed about the risks connected with the operation and she must have received instruction about what social assistance is available to her in the society. All advice and instruction shall be given in an impartial manner.

Article 13. The application, the statement and certificates shall be written on forms published by the Surgeon General for this purpose.

The following factors shall be observed:

1. A woman shall sign an application for an abortion herself.

2. The operation may be permitted in accordance with the application of a guardian if a woman is unable to understand the necessity for the operation because of a mental illness, a serious mental retardation or other reasons.

3. If a woman is younger than 16 years of age or has been declared incompetent, her parents or a guardian shall participate in an application with her unless special reasons oppose it.

4. If possible, the man shall join in the woman’s application, unless special reasons oppose it.

Article 14. The operation itself shall be performed according to the fully recognized demands of medical science in order to insure that the woman will suffer as little as possible from the operation.
The same is true about all accommodations for the woman where the operation takes place.

Article 15. Only physicians may perform an abortion. An abortion may only be performed in hospitals with a gynecologist or a specialist in general surgery and which a cabinet minister has recognized for this purpose.

Article 16. A woman who has had an abortion shall be given guidance about contraceptives before she is released from the hospital.

If the woman is married or if she lives with a man, the man shall also receive guidance about contraceptives if possible.

It shall also be made the woman’s duty to appear for a checkup after a certain period of time for a medical examination and a conversation.