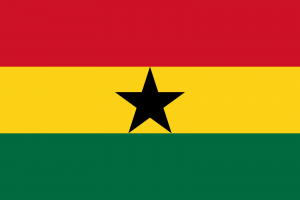 (a) any woman who with intent to cause abortion or miscarriage administers to herself or consents to be administered to her any poison, drug or other noxious thing or uses any instrument or other means whatsoever; or

(i) administers to a woman any poison, drug or other noxious thing or uses any instrument or any other means whatsoever with the intent to cause abortion or miscarriage of that woman, whether or not that woman is pregnant or has given her consent;

(ii) induces a woman to cause or consent to causing abortion or miscarriage;

(iii) aids and abets a woman to cause abortion or miscarriage;

(iv) attempts to cause abortion or miscarriage; or

(v) supplies or procures any poison, drug, instrument or other thing knowing that it is intended to be used or employed to cause abortion or miscarriage,

shall be guilty of an offence and liable on conviction to imprisonment for a term not exceeding five years.

(2) It is not an offence under subsection (1) of this section if an abortion or a miscarriage is caused in any of the following circumstances by a registered medical practitioner specialising in gynaecology or any other registered medical practitioner in a Government hospital or in a private hospital or clinic registered under the Private Hospitals and Maternity Homes Act, 1958 (No. 9) or in a place approved for the purpose by legislative instrument made by the Secretary;

(a) where the pregnancy is the result of rape, defilement of a female idiot or incest and the abortion or miscarriage is requested by the victim or her next of kin or the person in loco parentis, if she lacks the capacity to make such request;

(b) where the continuance of the pregnancy would involve risk to the life of the pregnant woman or injury to her physical or mental health and such woman consents to it or if she lacks the capacity to give such consent it is given on her behalf by her next of kin or the person in loco parentis; or

(c) where there is substantial risk that if the child were born, it may suffer from, or later develop, a serious physical abnormality or disease.

(3) for purposes of this section “abortion or miscarriage” means the premature expulsion or removal of conception from the uterus or womb before the period of gestation is completed.

67. (1) Where any person does an act in good faith, for the purposes of medical or surgical treatment, an intent to cause death shall not be presumed from the fact that the act was or appeared likely to cause death.

(2) Any act which is done, in good faith and without negligence, for the purposes of medical or surgical treatment, of a pregnant woman is justifiable, although it causes or is intended to cause abortion or miscarriage, or premature delivery, or death of the child.