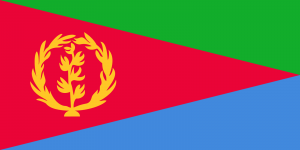 (1) The deliberate termination of a pregnancy, at whatever stage or however effected, is punishable according to the following provisions, except as otherwise provided (Art. 534).

Termination of pregnancy by imprudence or negligence does not come under the criminal law.

(2) The advertising for contraceptive or abortive means is punishable under the Code of petty offences (Art. 802).

(1) A pregnant woman who procures her own abortion is punishable with simple imprisonment from three months to five years.

(2) Any other person who procures for her the means of, or aids her in the abortion shall be punished in accordance with the general provisions as an accomplice or co-offender.

In the latter case, the punishment is simple imprisonment from one to five years.

Art. 530. Abortion procured by another

(1) Whosoever performs an abortion on another, or assists in the commission of the offence,

is punishable with rigorous imprisonment not exceeding five years.

(1) Where the offender has acted for gain, or where he has habitually made a profession of abortion within the meaning of Art. 90, the punishment prescribed in the preceding article shall apply and a fine shall be imposed in addition.

(2) Where the offender has improperly practised his or her profession, especially that of doctor, pharmacist, midwife or nurse, the Court shall, in addition, order prohibition of practice, either for a limited period, or, where the offence is repeatedly committed, for life (Art. 122).

Art. 532. Attempt to procure an abortion on a woman not with child

The general provisions relating to offences impossible of completion (Art. 29) apply in the case of attempt to procure an abortion on a woman wrongly supposed to be pregnant.

Apart from the general extenuating circumstances justifying ordinary mitigation of the punishment (Art. 79), the Court may mitigate it without restriction (Art. 185) where the pregnancy has been terminated on account of an exceptionally grave state of physical or mental distress, especially following rape or incest, or because of extreme poverty.

(1) Termination of pregnancy is not punishable where it is done to save the pregnant woman from grave and permanent danger to life or health which it is impossible to avert in any other way, provided that it is performed in conformity with the following legal requirements.

(2) Except where impossible, the danger shall be diagnosed, and certified in writing, by a registered medical practitioner, after examination of the applicant’s state of health.

(3) The termination of the pregnancy shall be conditional upon:

(a) the findings and concurrent opinion, after a prior period of observation where necessary, of a second doctor qualified as a specialist in the alleged defect of health from which the pregnant woman is suffering, and empowered by the competent authority, either generally or in each specific case, to issue the necessary authorisation; and

(b) the duly substantiated consent of the pregnant woman, or where she is incapable under the provisions of civil law or on account of her physical condition of giving it, that of her next of kin or legal representative.

(4) The doctor terminating the pregnancy cannot evade these conditions by invoking his professional duty (Art. 65); where he terminates the pregnancy without observing the legal safeguards, he becomes liable to the provisions relating to abortion.

(1) The doctor who confirms the state of health justifying the termination of the pregnancy and authorizes the intervention, shall keep a duplicate of the findings and decision and transmit them to the competent official department within the period of time fixed by law.

The doctor terminating the pregnancy shall notify that department forthwith.

No doctor may in such a case invoke professional secrecy (Art. 407).

(2) In the event of omission to comply with these obligatory formalities, the relevant penalties apply (Art. 790).

In the event of repeated omissions, the offending doctor may be temporarily deprived of the right to exercise his profession (Art. 122).

(1) In the case of grave and imminent danger which can be averted only by an immediate intervention, the provisions relating to state of necessity apply (Art. 71).

(2) The prior consent of the pregnant woman or, in default thereof, that of her next of kin or legal representative where it is possible to secure it, and subsequent notification to the competent official department, are none the less required in all cases of termination of pregnancy, under pain of the penalties prescribed in the preceding article.