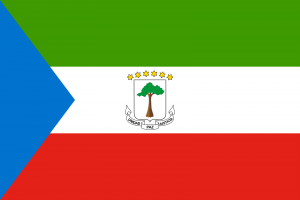 In light of Article 42 of the Fundamental Law of Equatorial Guinea which establishes that
“the State shall protect a child from his conception and watch over him so that he may develop normally and with security as to his moral, mental and physical health–as well as to his home”–it is necessary to develop this constitutional principle through a law that has as its goal protecting the human fetus from conception until birth by punishing all those practices that lead to a voluntary interruption of pregnancy, for these practices have a direct impact on the natural growth of the population, destroying not only the fetus but also harming the health and life of the future mother (in many cases such practices even result in the death of the woman whose pregnancy was voluntarily interrupted).

By proposal of the
Ministry of Justice and Culture – after deliberation by the Council of
Ministers during its meeting of 7 December 1990 and after approval by the Chamber of People’s Deputies in its ordinary session at Bata from the 13th to the 16th March, 1991–the Presidency of the Republic hereby ratifies and promulgates this Law Regulating Abortion.

Article 1. Abortion is the interruption of the natural process of pregnancy.

Article 2. The crime of abortion consists of those acts undertaken with the intention of interrupting the natural process of pregnancy in order to destroy a human fetus or, if this intention is lacking, those acts that have as their result the destruction of the human fetus of a woman whose pregnancy was known of by the guilty party.

Article 3. A person who intentionally commits the offense described in the preceding Article shall be punished:

1) With a prison sentence ranging from twelve years and one day to twenty years if he acted without the consent of the woman;

2) With a prison sentence ranging from six years and one day to twelve years if the woman consented to his acts.

If the perpetrator used violence, intimidation, threats, or deceit to carry out the abortion in the first case or in order to obtain the consent of the woman in the second, or if the death of the woman resulted, the maximum term in 1) above shall be imposed.

Article 4. Abortion caused violently, with knowledge of the woman’s pregnant state, but with no intention to cause an abortion, shall be punished with a prison sentence ranging from four to six years.

Article 5. A woman who performs an abortion on herself or consents to another person performing it shall be punished with a prison sentence ranging from six years and one day to twelve years.

Article 6. A woman who performs an abortion on herself or consents to another person performing it in order to hide her dishonor shall be punished with a prison sentence ranging from six months and one day to twelve years.

Parents who cooperate in the performance of an abortion for these reasons shall be punished with the same penalty.

Article 7. Those who directly induce or incite another to commit the acts constituting the crime of abortion shall be punished with a prison sentence of twenty years.

CHAPTER IV: Accomplices Before, During, and After the Act

Article 8. Those who, while not coming under the definitions set forth in Chapters Two and Three, cooperate in activities before or during the execution of the criminal act shall be punished with a prison sentence ranging from two to four years and with a fine of 50,000 to 75,000 francs C.F.A.

Article 9. Those who, aware that a punishable crime has been committed without having been involved as a perpetrator or an accomplice, intervene after the fact by hiding or altering the body of evidence or the effects or instruments of the crime or hiding or facilitating the flight of the culprit shall be punished with a prison sentence ranging from six months and one day to two years and a fine from 25,000 to 50,000 francs C.F.A.

Article 10. Spouses, ascendants, descendants and natural siblings of the perpetrator shall be exempt from the punishments described in the preceding Article.

Article 11. A professional who, by abusing his skill, commits the crime of abortion or cooperates in it shall be punished by the maximum penalty provided for in the preceding
Chapters and with a fine ranging from 100,000 to 200,000 francs C.F.A.

Article 12. For the purposes of this law, “professionals” shall include doctors, midwives, health-care technicians, and persons holding a health-care degree.

Article 13. Those who, although not holding a health-care degree, habitually engage in the performance of abortions shall be punished with the same penalties established in Article 11.

Article 14. Doctors, midwives, health-care technicians and persons holding a health-care degree who assist in the performance of an abortion shall be obligated to make this fact known to the Health Authorities within forty-eight hours. Failure to do so will result in a fine ranging from 10,000 to 25,000 francs
C.F.A.

Article 15. A pharmacist who, without proper authorization or the prescription of a professional, dispenses an abortifacient shall be punished with a prison sentence ranging from six months and one day to two years and a fine ranging from 25,000 to
100,000 francs C.F.A.

His subordinates shall suffer the same penalty for the same act.

Article 16. In exceptional circumstances, a pregnancy may be interrupted if allowing it to continue could result in serious consequences for the health or life of the pregnant woman.

For an interruption of pregnancy to be performed in these circumstances, the following requirements must be met:

a) The determination of the necessity of an interruption of pregnancy must be made by a professional;

b) It must be performed in a health center;

c) It must be performed by a doctor authorized to perform abortions;

d) When there is a medical indication for an abortion under paragraph 1 above and the woman’s husband or guardian expresses opposition, the doctors shall make this fact known to the judicial authorities for a final determination.