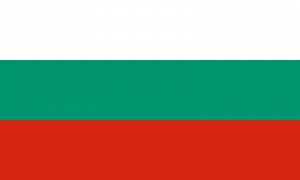 BULGARIA. Decree No. 2 of 1 February 1990 on the conditions and procedures for the artificial termination of pregnancy.

Article 1. (1) This Decree regularizes the conditions and order for artificial termination of pregnancy, hence called “abortion.”

(2) According to this
Decree abortions can be performed on request and on medical indications.

Article 2. According to this Decree abortions can be performed on Bulgarian citizens, foreign citizens, and women without citizenship who are allowed to live in Bulgaria.

Article 3. Foreign citizens and women without citizenship temporarily residing in Bulgaria can have an abortion through the channels regulated by the Decree for Health
Care of Foreign Citizens in Bulgaria
(State Gazette No. 20/1982) and following the regulations of the present Decree.

Article 4. Incapacitated women can have an abortion only if their legal representatives or guardians manifest agreement.

(2) Women referred to in Article 2, women who have an abortion on medical indications, women who are pregnant as a result of rape, and underage women are entitled to a free abortion under Article 1, Section 5, of the Rule Book for Implementing the Law of Public Health (State Gazette No. 31/1974, amended in No. 99/1980).

Article 6. The medical institutions to which women turn with a request for an abortion are obliged to hospitalize them within three days after the request and medical decision: on discharge from the hospital doctors always give instructions on how to avoid future unwanted pregnancies.

Article 7. Any pregnant woman is entitled to an abortion on request if:

1. her pregnancy is of not more than 12 weeks gestation;

2. she suffers from an illness which her abortion may aggravate, thus endangering her health and life. These illnesses are listed in Addendum 1.

Article 8. (1) When a pregnant woman who wants to terminate her pregnancy goes to the local polyclinic, the local obstetrician is obliged:

1. to establish the term of the pregnancy and the absence of medical contraindications for an abortion;

2. to provide the pregnant woman with tests of her blood, urine, blood group and factor, time of bleeding, and congested vaginal flora within 10 days of her request.

(2) The local obstetrician, having made sure that the conditions of Article 7 are satisfied, shall immediately send her to the local hospital or to a hospital of her choice with written directions (form No. 19 of the Ministry) together with the results of the tests.

Article 9. When the local obstetrician establishes that the pregnant woman suffers from an illness which an abortion may aggravate thus leading to danger to her health and life, he shall treat her until he has cured her, after which he shall send her to a hospital if the condition of Article 7,
Section 21 is still satisfied.

Article 10. (1) Abortions on request are performed in the specialized obstetrical hospitals and clinics, as well as in the obstetrical wards of the general hospitals.

Article 11. Abortions on request must be performed by physician obstetricians, applying local or general anaesthesia.

Article 12. (1) A medically indicated abortion is performed on the request of the pregnant woman if she suffers from an illness proved beyond any doubt, which during pregnancy or at birth may endanger her health and life, as well as that of the offspring; this illness should be listed in Addendum No. 2 and the pregnancy should not be of more than 20 weeks’ gestation. If the illness is not listed in Addendum No. 2, the abortion may be allowed as an exception.

(2) If the pregnancy has lasted more than 20 weeks, the abortion is allowed only if the woman’s life is in danger or in the case of severe morphological changes or if the foetus is severely genetically harmed.

Article 13. A pregnant woman with an illness listed in Addendum No. 2 shall visit the local obstetrician or a doctor of her own choice. The obstetrician shall immediately provide the necessary clinical and paraclinical tests and consultations and send her with written directions (form No. 119) to the specially established medical committee together with the results of the tests, consultations, and all other medical documents indicating the abortion.

Article 145. (1) A medically indicated abortion under Article 12 of the present Decree must be based on a decision taken by a specially established medical committee in the district hospitals (for Sofia and Plovdiv, the city hospitals), the obstetrical hospitals and clinics of the higher medical institutes, and the Scientific Institute of Obstetrics and Gynaecology of the Medical Academy.

1. a chairman—the head of the obstetric department (clinic) of the medical institution;

2. members—an obstetrician and a doctor specializing in the illness indicating the abortion;

(3) The head and members of the committee are nominated by an order of the head of the medical institution. If there are no specialists in the disease indicating the abortion in the medical institution, the committee shall include specialists from the specialized institutions responsible for the district, suggested by the head of the specialized institution. In the cases of pregnancy termination due to congenital anomalies of the foetus, specialists in genetics, neurosurgery, urology, cardiology (if possible children’s), and neonatology must be present.

(4) The committee’s schedule should be approved by the head of the medical institution.

(5) The committee shall issue a written decision (protocol form No. 6000 of the Ministry) in two copies; one of them is given to the pregnant woman and the other is kept in the archives of the committee.

Article 15. (1) If the committee decides that no abortion should be performed, this decision can be appealed within 7 days to the specialized committee appointed by the Minister of Health and Social Care. This Committee works at the Scientific
Institute of Obstetrics and Gynaecology of the Medical
Academy. Its schedule is approved by the head of the institute.

(2) Within 7 days of lodging the appeal, the committee takes a decision which is final.

Article 16. An abortion on medical indications must be performed at the medical institute whose special medical committee approved it.

Article 17. (1) An abortion on medical indications shall bes performed by a gynaecologist or an obstetrician together with an anaesthesiologist; if necessary, a specialist in the disease which is an indication for the abortion should be present.

(2) When there is an emergency for performing a medically indicated abortion upon a woman whose health does not allow transportation, the abortion shall be carried out in the nearest hospital by the specialists mentioned in Section 1.

Article 18. (1) In the case of an abortion begun or finished outside a medical institution, the anamnesis shall be taken in the presence of two doctors or nurses. All the data perceived on examining the patient should be included. The data must be signed by the doctors or nurses present and the patient herself. If the patient is not able to sign or refuses to sign the data, the reasons why must be written down.

(2) The decision to operate on a patient in cases described in Section 1 must be taken by two doctors at the least. If the health of the pregnant woman is in danger and the presence of a second doctor cannot be ensured in time, then the decision is taken by the operating doctor him or herself. The history of the case must be described in writing and signed by the nurse who took part in the operation.

Article 19. When in doubt that a criminal abortion has been performed, the doctor on duty shall, within 24 hours, inform the heads of the medical institution, the nearest prosecutor’s office, and the nearest precinct of the Ministry of Internal Affairs so that investigation will begin. The doctor on duty shall ensure that all evidence—histological material test, foetus, etc.—will be preserved.

Article 20. The legal advisors heading the advisory offices of all medical institutions shall make a list of all signs of criminal abortions, data for the investigations following them, and the punishment of every official responsible.

Section 1. The heads of medical institutions shall send information on all abortions to the Centre of Information, Health, and Organization Technology of the Medical Academy, in coordination with the Ministry.

Section 2. All officials responsible for violating this order are answerable under Articles of the Labour Code, the Law of Public Health, and the Penal Code.

Section 3. The heads of the medical institutions and the “Treatment and Prophylaxis” department of the Ministry are to monitor the execution of the present Decree.

Section 4. This Decree is issued under Section 2 of the Law of Public Health. It hereby repeals
Instruction No. 0-27 concerning the order for artificial termination of pregnancy (State Gazette No. 32/1973, amended in No 15/1974).

A list of diseases in which abortion may aggravate the pregnant woman’s condition and endanger her health.

2. Purulent centers, independent of their location.

3. Acute infectious diseases (when they themselves are not a medical indication for pregnancy termination).