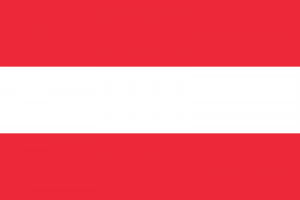 Sec. 96 (1) Anyone who interrupts a pregnancy with the consent of the pregnant woman shall be punished by imprisonment of up to one year; where the act is committed habitually and for gain (“gewerbsmaessig“) by imprisonment up to three years.

A woman who performs or allows to be performed an abortion on herself shall be punished by imprisonment of up to one year.
Justification of abortion

where the abortion is performed by a physician during the first three months from the beginning of the pregnancy after a previous medical consultation; or
2. where the abortion is required (“erforderlich“) to avert a serious danger, not to be averted by other means, to the life or to the physician or mental health of the pregnant woman, or where a serious danger exists that the child may be afflicted with a serious physician or mental defect, or where the woman became when under 14 years of age; always provided the interruption of pregnancy has been performed by a physician; or

3. where the abortion is performed to save the pregnant woman from an immediate danger to her life, which could not otherwise be averted, under circumstances where medical aid was not available in time.

(2) No physician is obliged to perform an abortion or to take part in it, except where it is necessary (“notwendig“) without delay to save the life of the pregnant woman from an immediately threatening danger which cannot otherwise be averted. This applies also to persons in para-medical, medico-technical, or auxiliary health employments.

Abortion without consent of the pregnant woman

(2) The perpetrator of the act shall not be punished under para. (1) where the abortion is performed to save the pregnant woman from an immediate danger to her life, not otherwise to be averted, under circumstances where the consent of the woman cannot be obtained in time.”

Note: The legislative history of the new code shows that, according to the report of the judicial committee of the Bundestag
(Bericht des Justizausschusses, p. 22), the beginning of pregnancy is the moment of nidation. The three-month period referred to in Sec. 97, para. (1) is calculated from this time.

The Penal Code was adopted by a vote of 92 to 89 in the
Bundestag (after the upper chamber, the Bundesrat, had objected by a 29 to 28 vote). The Government of the Land (province) of Salzburg petitioned the Constitutional Court to declare the provisions of Sec. 97, para. (1) 1, which allows abortion in the first trimester, to be unconstitutional.
The petition claimed, inter alia, that under the Austrian Constitution as well as under the European Convention on Human Rights, an embryo is a “person” from the moment of nidation and must be protected by criminal sanctions like any person who has been born.

In its decision of 11 October 1974 the Court held that the decriminalization of abortion in the first trimester of pregnancy violates neither the Austrian Constitution nor the European Convention (which has the status of constitutional law in Austria). The Court reasoned: a) that the Austrian Constitution’s provisions on the protection of human life are concerned only with action on the part of the public authorities and b) that Article 2, para. 1, of the European Convention (“Everyone’s right to life shall be protected by law”) should not be construed as protecting the embryo.