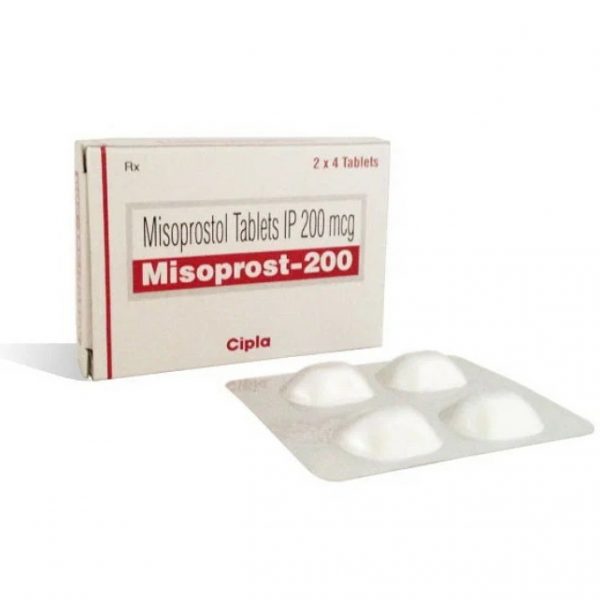 Misoprostol is a prostaglandin analog that is used to terminate an unexpected pregnancy when it is taken between 4 and 11 weeks of pregnancy. According to the manufacturer, its efficacy is boosted in conjunction with an anti-progesterone pill, such as Mifepristone. This combination has undergone significant research and is now the most effective form of medical abortion currently available.

Mechanism of action of Misoprost-200 (Misoprostol):

Misoprostol is an artificial analogy of prostaglandin E1. The substance affects the gastric mucosa and the smooth muscles of the uterus. The drug has a cytoprotective effect. It increases mucus synthesis in the stomach and enhances the production of NaHCO3 by the gastric mucosa. Due to the direct impact on the parietal layer located in the gastric mucosa.

Misoprostol increases the contraction of the smooth muscles of the myometrium, leading to an expansion of the cervix and an increase in its tone. This improves and facilitates the removal of the contents of the uterine cavity, provoking abortion.

When ingested, the absorption of Misoprostol is carried out quickly. The drug is 85% bound to plasma albumins. The drug is metabolized in the liver and the gastrointestinal tract walls with the participation of misoprostolic acid. The maximum concentration of the substance is fixed after 30-40 minutes. After that, 80-85% of the meaning is excreted by the kidneys, and 15-20% of Misoprostol is released with bile. The half-life is from 20 to 40 minutes. In case of any kidney pathologies, the drug elimination time is doubled.

Misoprostol is used to prevent the development of peptic ulcer (gastric ulcer), which develops against the background of long-term use of nonsteroidal anti-inflammatory drugs to treat acute gastric ulcers and/or duodenal ulcers. Misoprostol is prescribed in cases of increased risk of ulceration.

Misoprostol is used to terminate pregnancies in the early stages (up to 77 days) combined with Mifepristone.

Complications from the gastrointestinal tract can be abdominal pain, increased gas formation (flatulence), dyspepsia (nausea and vomiting), and stool disorders (constipation, diarrhea). Side effects from the reproductive system are painful sensations in the lower abdomen provoked by an active contraction of the middle muscle layer of the uterus, menstrual cycle disorders, and uterine bleeding.

Simultaneous administration of nonsteroidal anti-inflammatory drugs and Misoprostol provokes the development of peripheral edema and increased transaminases (ALT, AST). Clinical interaction features with drugs such as Diazepam, Antipyrine, Diclofenac, Aspirin, Piroxicam, Indomethacin, and Naproxen were not observed. Repeated use of Misoprostol slightly increases the concentration of Propranolol in the blood.